Spending this past week in the Frank Church River of No Return Wilderness I found myself in an unusual situation. After putting up the wall tent and unpacking our gear for the week as the Cessna 206 flew away leaving us in solitude I found myself peering through my spotting scope. Normally we see plenty of deer from camp including small bucks and does but looking up and down all of the draws and canyons we were not finding any deer. Then movement caught my eye on a far mountain; elk!

On our way over to McCall, Idaho I stopped at a gas station in Lewiston that is a IDFG vendor. Reports from last year’s harsh winter indicated that deer numbers were down, with the exception of the Salmon River region where we were going, which had a “normal winter”. I decided to buy a second deer tag in case my trigger finger itched before I found a mature buck but the attendant told me that all of the leftover non-resident tags were sold out. However, there were still elk tags left so I pulled out the $115 difference and bought an elk tag.

The sight of the elk put me at ease but I was concerned about the lack of deer. The next morning, I was up at 4:00 AM and headed out by headlamp to climb the eight miles where I last saw the elk bedding down on a ridgeline the evening before. As the sun came up I realized that I hiked up an adjacent ridge and in this country that meant I was a long-ways off. After confirming with my GPS I kicked it into gear and closed the 5-mile detour only to find the elk had migrated over to another mountain several miles away.

Taking lunch at an old fire lookout and then a nap while I waited for an evening hunt the
weather began to change. Temperatures dropped and a cold front was moving in. After 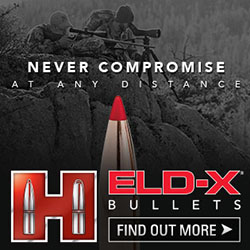 my rest I radioed back to camp and told my dad that I would be in late. He replied by letting me know he found another herd of elk; this time the group included at least five legal bulls.

On my way down the ridge I found six shed deer antlers and once in the bottom of the draw it became obvious why I wasn’t seeing very many deer.

The protected draws and gullies where full of bones, deer skeletons fully intact including their rib cages which meant there were so many dead deer predators and scavengers didn’t even try for the easy meals. Last winter’s deep freeze caused severe winterkill on the deer. I have been hunting this same area since 1991 and the only time I have seen this many starved deer was after the severe winter of 1996.

Unlike the mule deer, the elk of the region fared much better, mostly due to their rut being in September allowing them to put back on fat reserves before the winter began. Once again I found myself up a few hours before daylight. This time I was joined by an old friend, Russ McClellan, who had an elk tag as well. We hiked three miles in the dark and stopped at a vantage point that allowed us to glass the open face of a mountain as the sun came up. Elk were everywhere! 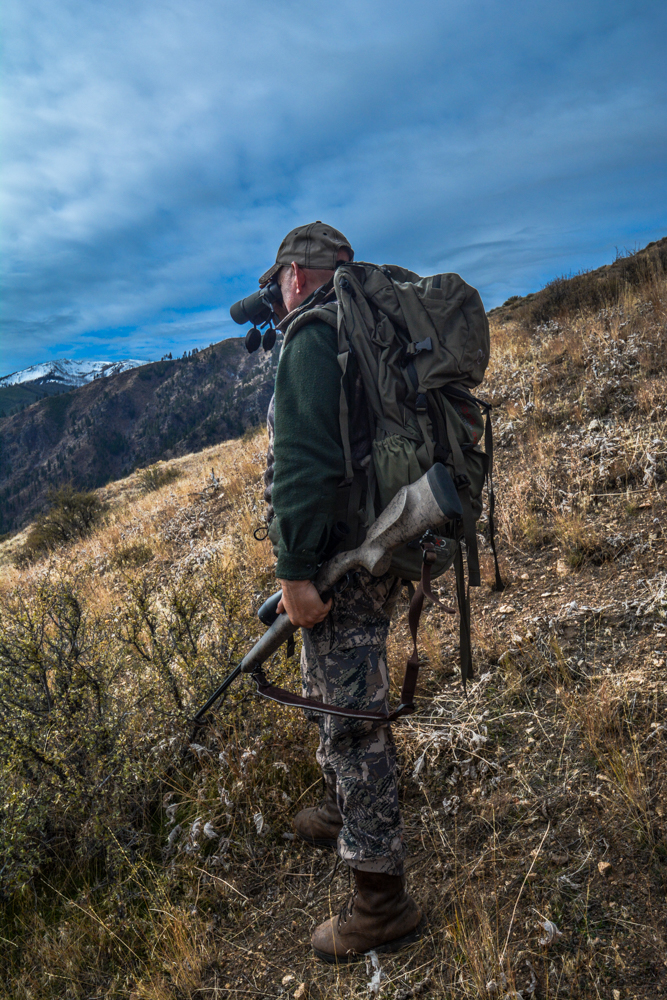 Making a stalk up the far ridge to conceal ourselves we only got up about a 1,000 feet into our 3,000-foot climb when we spotted another herd of elk making their way up a creek drainage. Knowing the big herd was heading for the timber and would bed down we quickly dropped our elevation gain and headed up the creek drainage. Finally catching up to the herd two miles later we discovered two small, sub-legal bulls. The hike and climb back to our first stalk was miserable.

The stalk took us nearly five hours but soon we cut over to the ridge above the elk. Everywhere we looked there were elk. Sentry cows kept guard but we stayed concealed on the backside of the ridge.  Closing the distance to 300 yards I used a lone sage on the ridgeline to keep the cows from seeing me. A big, mature bull fed into a small opening and then laid down with a snag between me and him. I didn’t risk the shot but instead found a 5-point bull in some small fir trees. Finding the bull in my Vortex scope the Kimber Mountain Ascent in .280 Ackley Improved barked once and the bull ran fifty yards before tipping over. Russ was ready when a 4×5 bull stood up at my shot and he connected with his Weatherby Vanguard in .308. A good bullet design is a must when hunting elk and the Hornady ELD-X penetrates and holds up against tough animals like elk. I prefer to handload the 7mm bullet but Hornady also makes commercial rounds, even for the .280 Ackley Improved.

We spent the evening boning out elk and made it to camp just before 11:00 PM. Early the next morning we set out to continue packing meat which took us three days to get all of the elk back into camp. The storms continued with rain during the day and snow at night until Saturday, the day we were set to fly-out. Broken clouds and the drone of an airplane woke us and we broke camp. By the time we flew out that afternoon I tallied up the animals I spotted. Over 200 elk with nine bulls but just over 100 deer and ten bucks spotted. Normally I see between 15 and 20 bucks a day. That night in McCall I looked at the weather forecast, more snow. If this ends up being another bad winter, then the deer will take a major toll. Let’s hope at least the elk continue to thrive. Unlike last year we didn’t hear or see any signs of wolves. 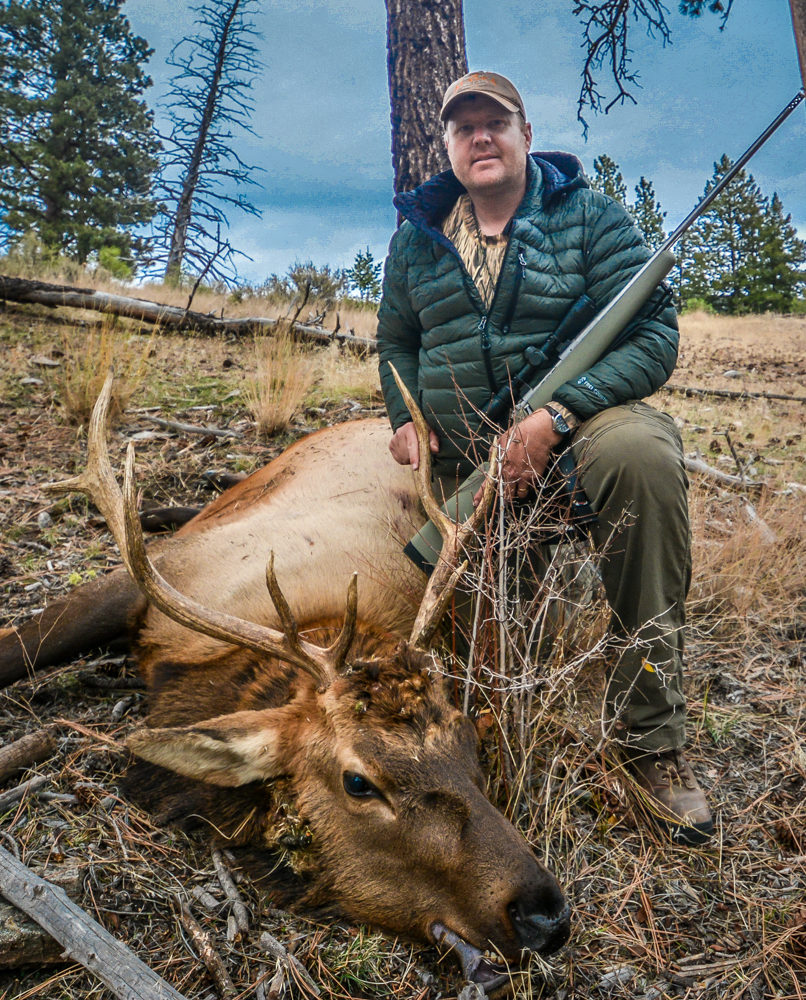 The bull that fell to the author’s Kimber Mountain Ascent in .280 Ackley Improved-Jason Brooks

Hey Jason, Great write up. I"m headed out to the Frank this fall and was just curious what elevations you were targeting. Looks like y'all saw a ton of game and had a lot of success. Since i'm from Texas, i'm having to e-scout, but my primary camp and glassing points have been in the 5500-7500' mark. We're looking at an area SE of the Middle Fork and Salmon confluence. Any advice or tips are appreciated. Congrats on a great hunt! Thank you, Devin